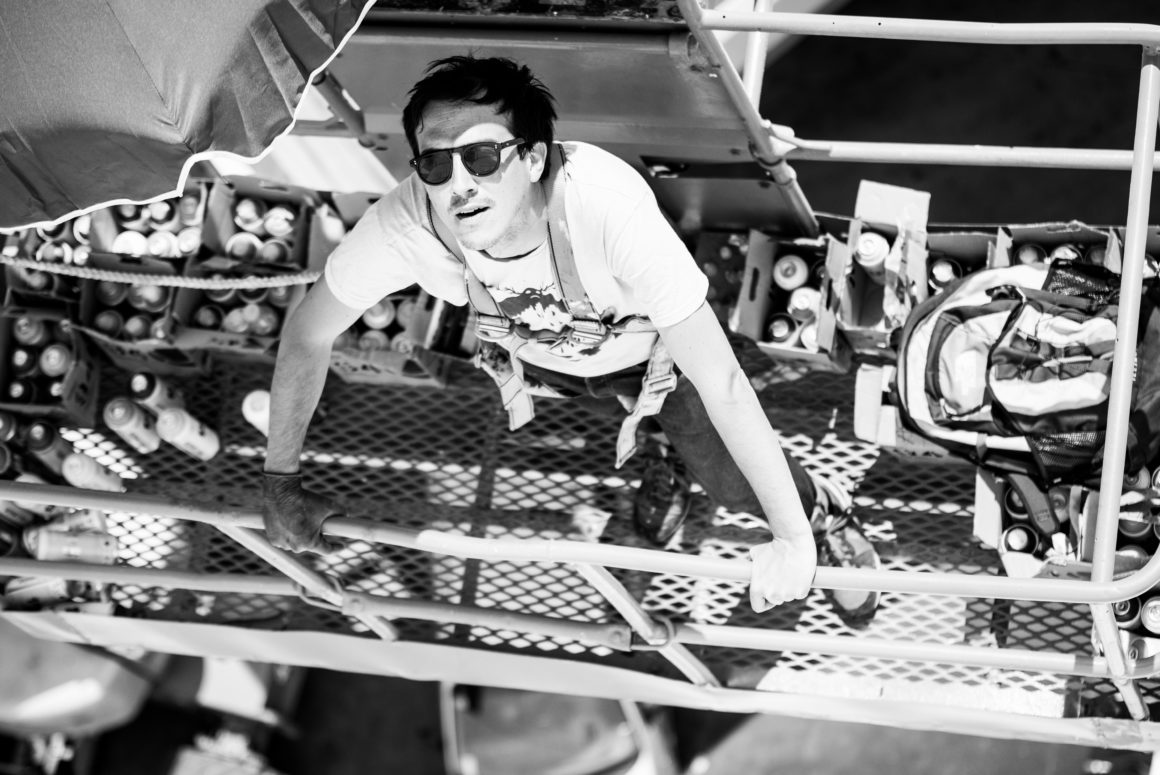 Nicolas Barrome Forgues is an illustrator and artist based in Paris that for more than 18 years has developed a surrealistic universe applied in different aspects of visual art. After studying in the Applied Art school of Bordeaux, he started to work on different illustration techniques and bringing color to the public space with murals that create strong ties with the audience.

Since the beginning, he has searched for new forms and improvements in the visual expression, experimenting with shapes and deeply concentrating in the texture. His universe is fully detail and rich with images that seems often simple to the first sight but complex in the second reading, and as the viewer remove layers its able to find more significants and messages in his work.

In his wide universe you can find characters for all audiences and ages, making him a multi-faceted artist. Using as inspiration the great masters of art, travels, nature, food and cinema. You can find his work either on a wall in a lost part of the world, in one of the biggest cities or in the most popular comercial campaigns in France, adapting to the region or the concept, but always preserving the spirit of his signature, his own very special universe and also his aim of making the witnesses smile.

We use cookies on our website to give you the most relevant experience by remembering your preferences and repeat visits. By clicking “Accept”, you consent to the use of ALL the cookies.
Cookie settingsACCEPT
Manage consent

Any cookies that may not be particularly necessary for the website to function and is used specifically to collect user personal data via analytics, ads, other embedded contents are termed as non-necessary cookies. It is mandatory to procure user consent prior to running these cookies on your website.